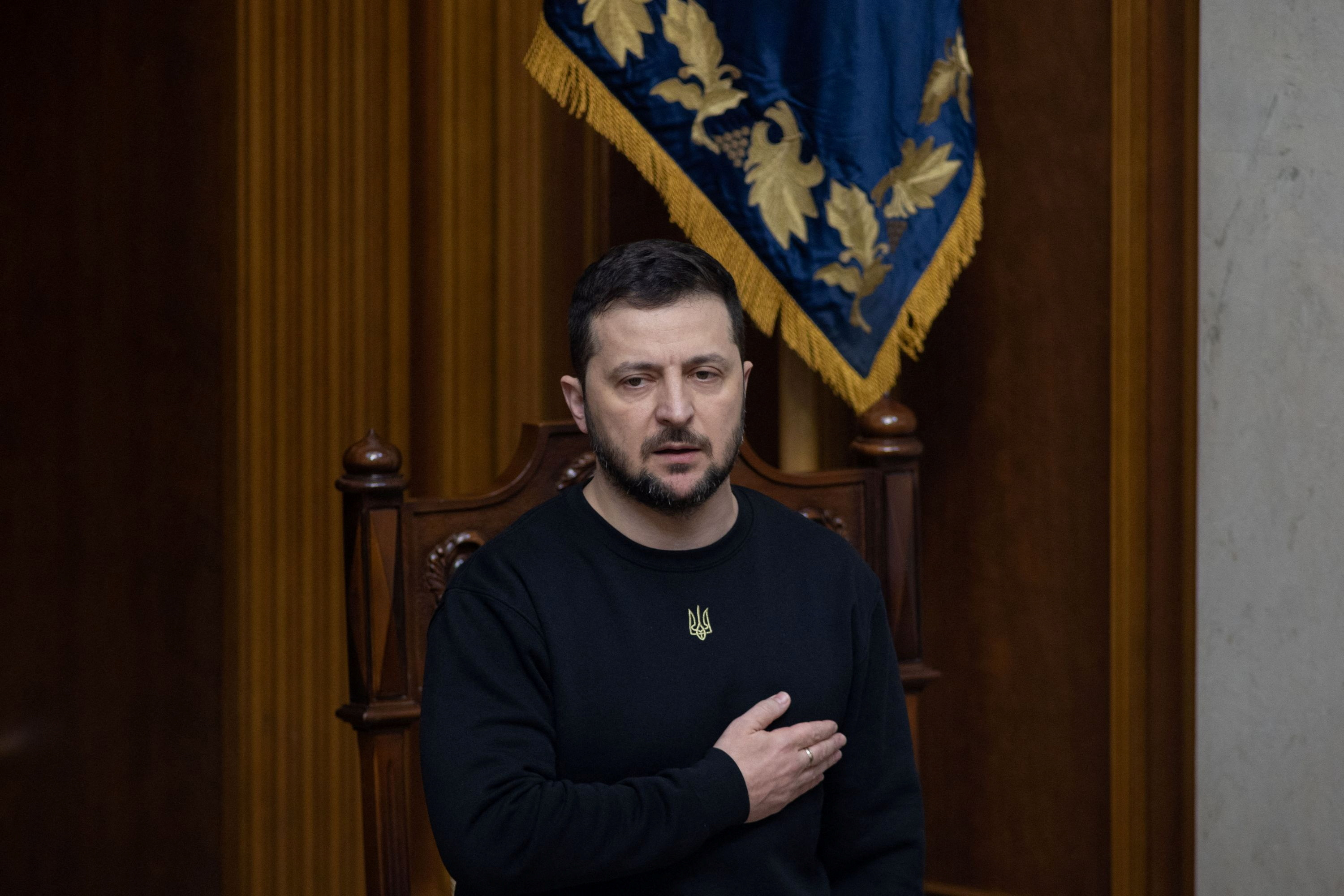 Ukraine’s President Volodymyr Zelenskiy sings the national anthem during a session of the Ukrainian Parliament, amid Russia’s attack on Ukraine, in Kyiv, Ukraine December 28, 2022. Ukrainian Presidential Press Service/Handout via REUTERS ATTENTION EDITORS – THIS IMAGE HAS BEEN SUPPLIED BY A THIRD PARTY.

President Volodymyr Zelenskiy on Monday said the resilience of Ukraine’s forces fighting off waves of attacks in the eastern region of Donbas had helped the country win time and gain strength.

“Thanks to the resilience of our soldiers in Soledar, we have won for Ukraine additional time and additional strength for Ukraine,” Zelenskiy said in his nightly video address.

Ukrainian military reports say the country’s troops are withstanding heavy attacks by Russian forces redeployed in Soledar after failing to take the larger nearby town of Bakhmut.

Zelenskiy did not spell out what he meant by gaining time and strength, but Ukrainian officials and senior officers have warned that Russia is planning a new major offensive in the coming months.