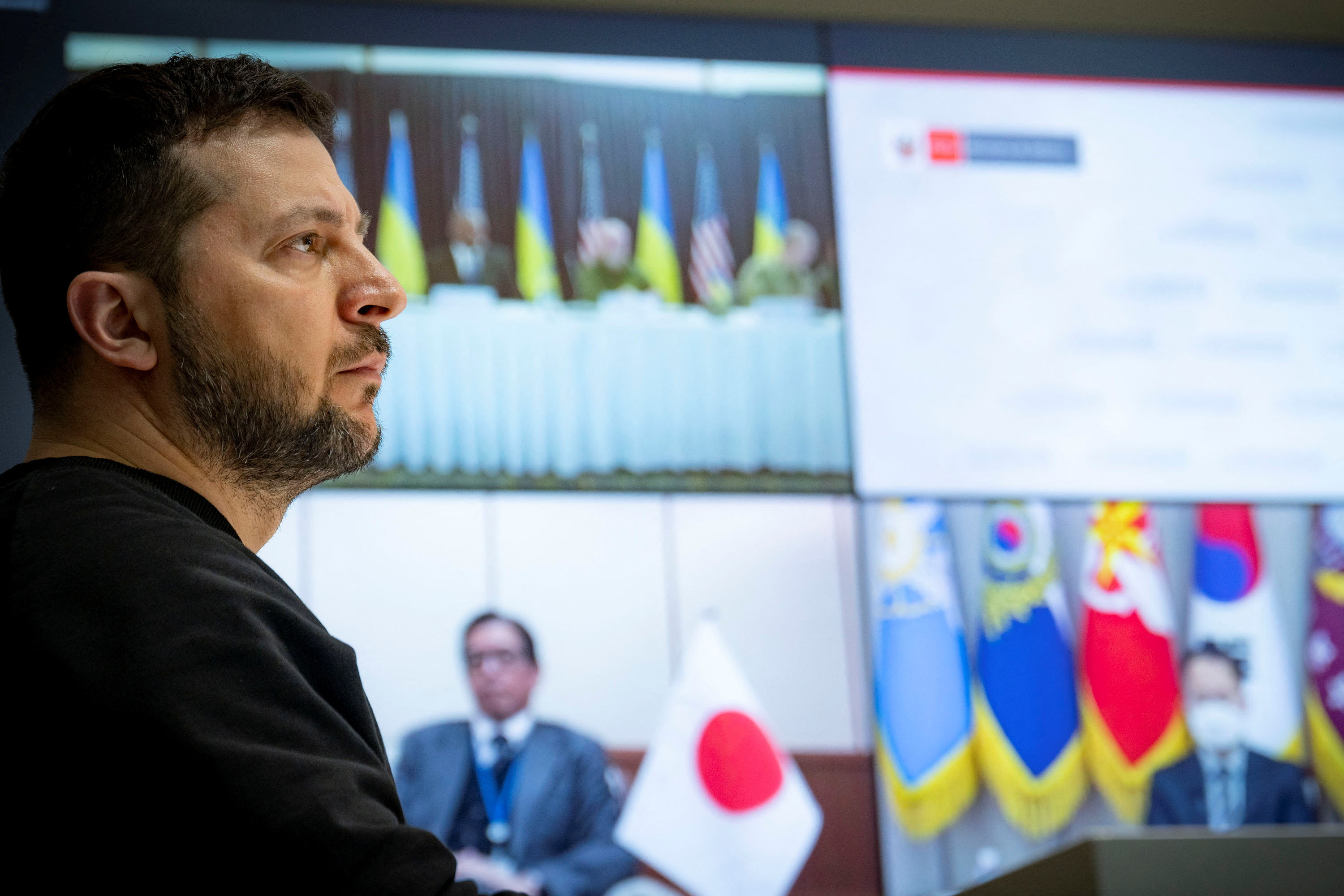 Ukraine’s President Volodymyr Zelenskiy speaks via video link during a meeting of ministers of defence at Ramstein Air Base in Germany to discuss how to help Ukraine defend itself, amid Russia’s attack on Ukraine continues, in Kyiv, Ukraine January 20, 2023. Ukrainian Presidential Press Service/Handout via REUTERS ATTENTION EDITORS – THIS IMAGE HAS BEEN SUPPLIED BY A THIRD PARTY.

Ukraine will still have to fight to ensure a supply of modern heavy armor, President Volodymyr Zelenskiy said on Friday after Western partners failed to agree on whether to provide German tanks.

A meeting at the Ramstein Air Base broke up without a decision on whether Germany should send Leopard 2 battle tanks to Ukraine, or permit other countries which have them to do so.

Zelenskiy said in a video address that the Ramstein meeting would strengthen Ukraine’s resilience and expressed confidence allies would support Kyiv as much as possible.

“Yes, we will still have to fight for the delivery of modern tanks, but every day we make it more obvious that there is no alternative to taking a decision about tanks,” he said.

German Defence Minister Boris Pistorius denied Berlin was unilaterally blocking shipment of the tanks, saying his government was ready to move quickly on sending them if there was consensus among allies.