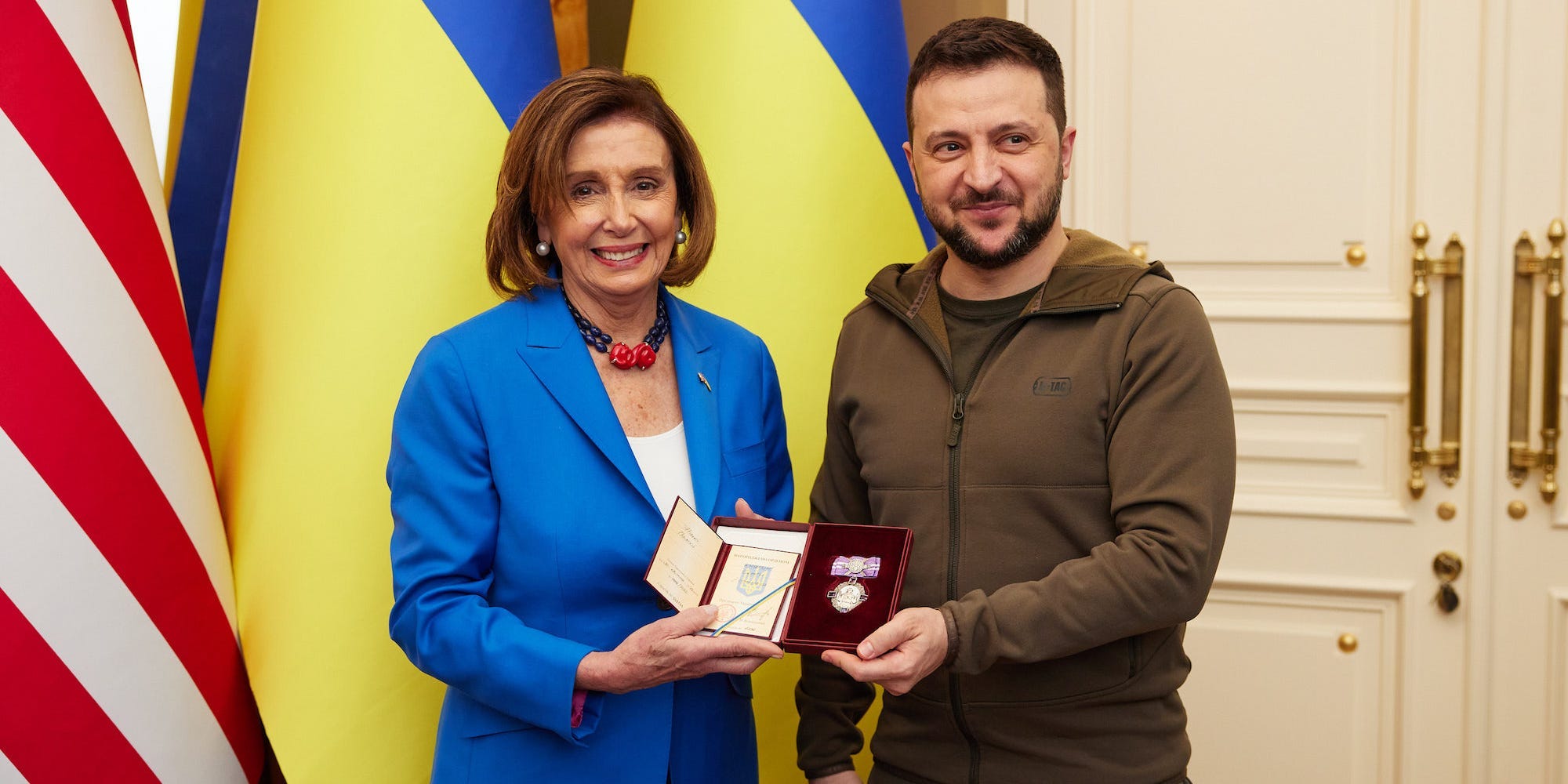 Ukrainian President Volodymyr Zelenskyy is poised to visit with congressional lawmakers at the US Capitol on Wednesday, Punchbowl News reported.

The trip could potentially be cancelled for security reasons, per Punchbowl, which cited multiple sources familiar with the visit. But if Zelenskyy moves ahead, it would mark the first time the Ukrainian leader has traveled internationally since Russia launched an unprovoked invasion of his country in late February.

Zelenskyy was widely praised for refusing to flee Ukraine in the early days of the war, when Kyiv was expected to quickly fall. The Ukrainian leader’s handling of the war has been applauded across the world.

House Speaker Nancy Pelosi wrote a letter to lawmakers, which was obtained by Punchbowl, urging them to come to Washington on Wednesday night for “a very special focus on Democracy.”

The Ukrainian leader is expected to meet with congressional leaders during the visit, at a time when Republicans are on the verge of retaking control of the House in early January following gains in November’s midterm elections. The US has provided billions in crucial security aid to Ukraine amid Russia’s ongoing aggression, but House Republicans have increasingly expressed opposition to continued US assistance to Ukraine — citing economic concerns.

Zelenskyy’s visit would come as Congress considers a $1.7 trillion federal government spending bill that was unveiled Tuesday and includes approximately $45 billion in emergency assistance to Ukraine.

The trip would also occur a day after Zelenskyy visited Ukrainian troops on the frontline in the city of Bakhmut, which has seen fierce fighting. Russia has tried and failed to take the city for months.

In a rare acknowledgement that the war has not gone to plan, Russian President Vladimir Putin on Tuesday said that the situation in occupied Ukrainian territories is “extremely difficult.”

Both sides have endured heavy casualties since the war began, and Ukraine is heavily reliant on Western aid in terms of continuing to take the fight to the Russian invaders.

Home » Audio Sources - Full Text Articles » Zelenskyy is set to visit the US Capitol, which would mark his first time leaving Ukraine since Russia invaded
a